5 Politicians Who Will Change the World

The results of the 2016 presidential election were (and still are) pretty hard to stomach. I desperately wanted to see Hillary Clinton as our first woman president, but I also don’t think she was our first and only hope. This Women’s History Month, let’s celebrate a few other politicians who will help change the world. 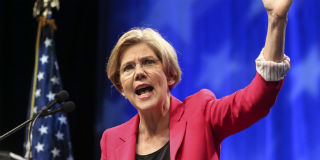 Senator Elizabeth Warren (D-MA) has been in the news recently, thanks to Mitch McConnell. I’m sure you’ve heard by now that she was warned, she was given an explanation. Nevertheless, she persisted. But before Senator Warren gained infamy during Jeff Sessions’ confirmation hearing, she made a name for herself in other ways.

Warren is an active consumer protection advocate whose input led to the conception and establishment of the U.S. Consumer Financial Protection Bureau. Following the 2008 financial crisis, Warren served as chair of the Congressional Oversight Panel created to oversee the Troubled Asset Relief Program (TARP). In 2012, she won her Senatorial race against Senator Scott Brown (R-MA). Since then, she has been an outspoken advocate for the American people. 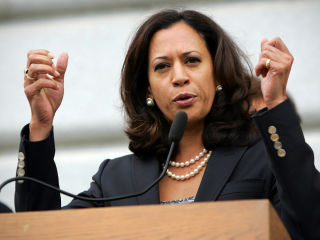 Senator Kamala Harris (D-CA) is the junior Senator in California, having won her election in November 2016. Before that, she was the California Attorney General - the first female, African-American, or Indian-American AG in the state’s history. In that role, Harris was an advocate for homeowner’s rights and children’s issues. Since becoming a Senator, Harris has sworn to protect immigrants, and has spoken out against several of Trump’s cabinet nominees.

Senator Tammy Duckworth (D-IL) is also a brand new U.S. Senator, having won her election in November 2016. Previously, she served as the Congressional representative of Illinois’ 8th district, since 2013. Senator Duckworth is also an Iraq War veteran, and was the first disabled woman to be elected to the U.S. House of Representatives. In April 2013, she returned 8% of her salary to the Treasury Department, in solidarity with furloughed government employees. Duckworth supports abortion rights and affordable healthcare, and believes in a pathway to citizenship for undocumented immigrants in the U.S. 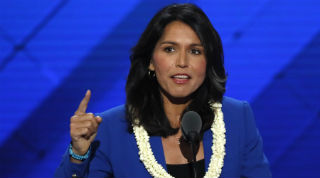 Congresswoman Tulsi Gabbard (D-HI) is the Congressional representative for Hawaii’s 2nd district. Elected in 2012, she is the first American Samoan and the first Hindu member of the United States Congress. Before being elected to Congress, Gabbard was the youngest member of Hawaii’s state legislature, and an Iraq War veteran. Her political views have evolved over her time in Congress. She has always been an advocate for clean energy development and environmental protection, but has more recently openly supported LGBT rights and reproductive choice. 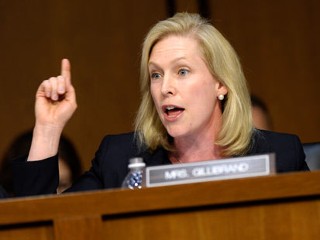 Senator Kirsten Gillibrand (D-NY) is the junior Senator of New York, replacing Hillary Clinton after she was tapped as Obama’s Secretary of State in 2008. Previously, Senator Gillibrand represented New York’s 20th district in the U.S. House of Representatives. During her time in the House, Gillibrand was seen as fairly conservative. However, since becoming a Senator, she has shifted more towards the left. Gillibrand fought to repeal Don’t Ask, Don’t Tell, has been outspoken about sexual harassment in the workplace (including Congress!), and has advocated for sexual assault victims, both in the military and on college campuses.

Who is your favorite female politician? How is she changing the world? Share in the comments below!

To learn more about exciting up and coming progressive politicians, go here and here.

Do Your Money Habits Align with Your Values?